Jim Bowden pretending he's a real GM at The Athletic:

MLB executives usually don’t start making trades this early in the season. They prefer to spend the first two months evaluating their team and the next six weeks scouting and analyzing possible trade targets. Then they like to do most of their wheeling-and-dealing in the last couple of weeks of July, with much of the activity on deadline day. (This year’s trade deadline is Aug. 2 at 6 p.m. ET.)

So it’s no surprise there’s been little trade talk among general managers, according to several of them. However, baseball is changing. Some of the unwritten rules are fading into the past. The ways players prepare, adjust and study the game have evolved considerably from even a couple of years ago. So there’s no reason that trading can’t change as well and start sooner, bucking traditional time frames.

Here are five trade ideas I’d like to see these contending and rebuilding teams pursue now. Why wait? If you’re a seller, such as the A’s, Pirates or Nationals, do you really need to wait until July? What if your best trade chip falls into a slump, or even worse, gets injured? If a team can get its best return now, why not act? And for contending teams with needs, executing a smart trade earlier in the season only increases the impact on their postseason chances...

The Red Sox should be doing everything they can to sign Bogaerts to a long-term deal, but it appears they’re doing the opposite. The only proposal they’ve made was not nearly enough, and there was zero chance he’d accept it. If their position doesn’t significantly change, then it makes sense to seek the best trade for Bogaerts because he will likely opt out of his contract after the season.

Gorman, 22, is arguably the Cardinals’ best prospect and he’s off to an impressive start this season at Triple-A Memphis, slashing .298/.357/.673 (1.030 OPS) with 12 home runs and 18 RBIs. He was originally a third baseman, but with Nolan Arenado signed through 2027, the Cardinals are playing him at second. That experiment has yielded mixed results and with MLB expected to restrict defensive shifts next season, Gorman would be a well-below-average second baseman. In addition, Tommy Edman won a Gold Glove Award last year and could do it again this year while becoming one of the best offensive second basemen in the league. (Edman is batting .290/.388/.450 with seven stolen bases.)

The Cardinals’ biggest need is at shortstop. Paul DeJong, whom they demoted to Triple A on Tuesday, is hitting below .200 for a second consecutive season. Edmundo Sosa is batting .160. The shortstop position is the only glaring need on the Cardinals’ roster and it could be the difference between making the postseason or not. A Gorman-for-Bogaerts deal makes sense for St. Louis, but only if it can extend Bogaerts at the time of the trade.

In Gorman, the Red Sox would receive an inexpensive left-handed power bat that they’d control for at least six years. They could move Trevor Story to shortstop and play Gorman at second base this season, then decide how to handle the prospect’s longer-term position in the offseason.

Ken Rosenthal today at The Athletic:

If Xander Bogaerts opts out, rejects a qualifying offer and leaves as a free agent, the Red Sox figure to receive only nominal draft-pick compensation.

A team still could gain a pick for losing a free agent if Major League Baseballand the Players Association reach agreement on an international draft by July 25 and the qualifying-offer system is abolished.

Under the current system, however, the Red Sox would receive only a pick after the fourth round if they remained over the luxury-tax threshold. And under a new system, the compensation likely would be in the same range.

It stands to reason, then, that if the Red Sox continue to flounder, they might be tempted to trade Bogaerts with the idea of getting something of greater value than the pick. But hold on. Full stop. Let’s end this silliness before it starts.

The Red Sox should be trying to sign Bogaerts — and by “trying,” I mean offering considerably more than the one-year, $30 million extension they proposed on top of his remaining three years and $60 million, according to a report by the New York Post’s Jon Heyman that the team has not denied.

Oh, and as badly as the Red Sox have played — they’re 10 1/2 games behind the Yankees in the AL East, and two games behind the Orioles, for heaven’s sake — shame on them if they can’t recover from their awful start and find a way to compete for at least the third wild card.

The gap for the Sox in that race, currently 6 1/2 games to the Blue Jays, is significant but not insurmountable. It would help if someone besides Bogaerts, Rafael Devers and J.D. Martinez was hitting; every other Red Sox position player has an OPS-plus at least 35 percent below league average.

If the Boston offense was performing to expectations, the pressure on the team’s embattled bullpen would reduce. Instead, the Sox are 0-6 in extra innings, 3-7 in one-run games and 10-19 overall. Not ideal for a team with a cash payroll of $218.1 million and a luxury-tax payroll of $236.6 million, $6.6 million above the new initial threshold.

Inevitably when a high-priced team stumbles early, the scrutiny turns to roster construction, and Sox chief baseball officer Chaim Bloom hardly is above reproach. The fWAR produced by the Sox outfield is the third-lowest in the majors. The bullpen leads the league with eight blown saves. 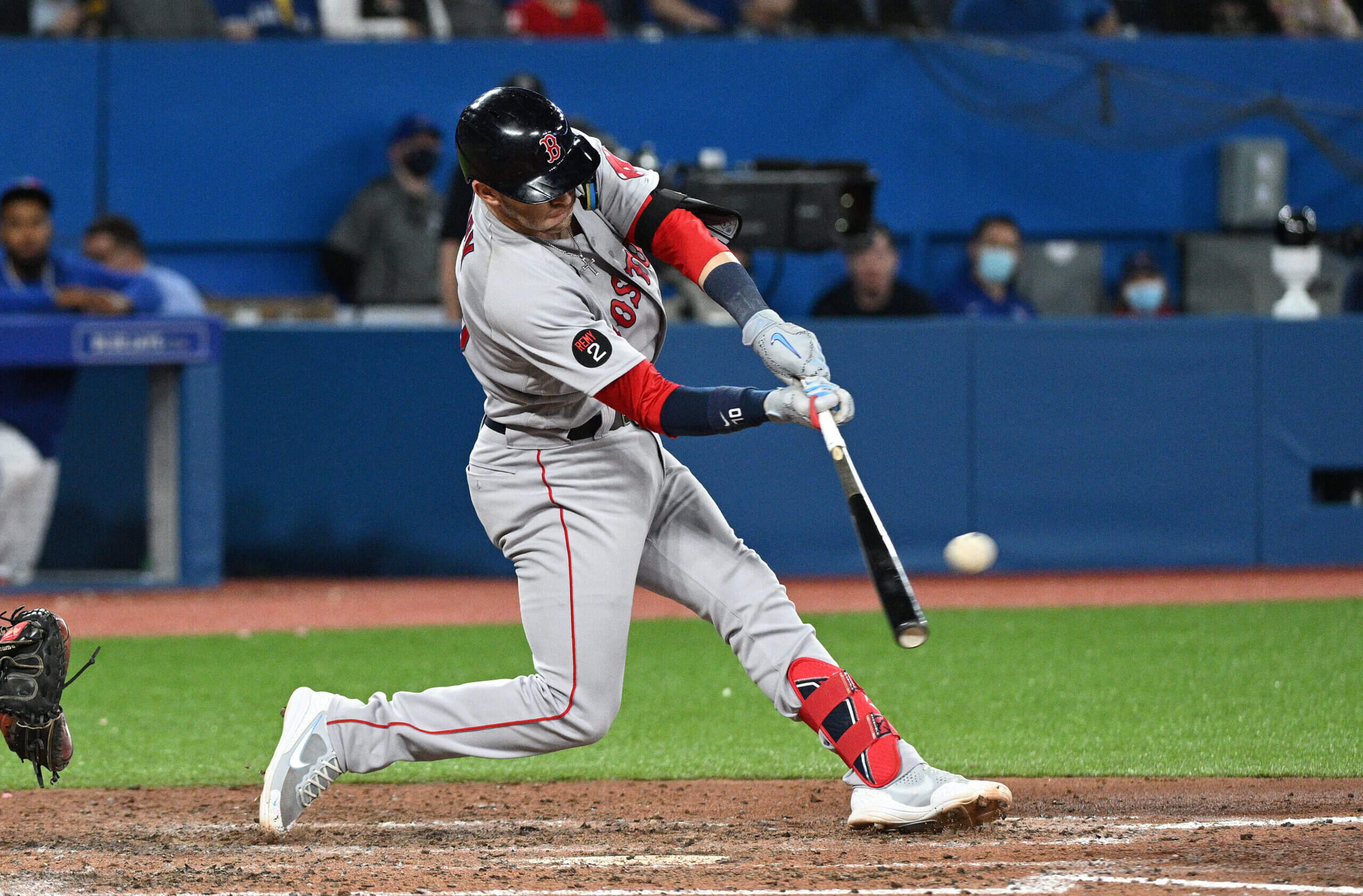 One might argue that the Sox need a big bat, but they thought they had landed one when they signed Trevor Story to a six-year, $140 million free-agent contract. One also might argue, with greater gusto, that the Sox need a late-inning reliever, but they thought they had secured one of those as well when they signed Matt Barnes to a two-year, $18.75 million extension last July.

Neither move looks especially good at this moment, but Story is not the first big-money free agent to struggle in his first season with a new team, and he faces additional burdens stemming from his abbreviated spring training and position change from shortstop to second base.

“There’s a difference between urgency and panic,” Bloom said Sunday, saying the team needed to show more of the former while avoiding the latter. Kiké Hernández, for example, has a .536 OPS, but he was only at .671 last April. Hunter Renfroe was even worse at .485, yet the Sox stuck with him, too, and came within two victories of reaching their fifth World Series in 18 years...

All is not lost in Boston. The rotation ranks eighth in the majors in ERA. The defense is converting a far higher percentage of balls in play into outs than it did last season. And while Robles blew a save in the ninth and Barnes faltered in the 10th against the White Sox on Saturday, the bullpen on Sunday was more than good enough, providing 6 1/3 scoreless innings in relief of Houck, who made an emergency start in relief of Wacha.

What happened? The Red Sox managed to score only two of their nine base runners against Dallas Keuchel, who entered the game with an 8.40 ERA. And the White Sox’s second-line relievers pitched three scoreless innings to preserve a 3-2 victory.

Projected by Rotowire to bat third against RHP, second against LHP.