Nice story out of SF: https://www.mlb.com/news/taylor-rogers-watches-twin-brother-tyler-rogers-during-playoffs

Latest I read is that he "won't need" surgery and will go with platelet-rich plasma injections.  No more outings for him this postseason, and he "expects" to be ready for spring training.  But with whom?  He is an impending free agent.  This sounds like one of those wait and see deals in spring training.  Whenever that is - with a lockout projected.

Astros owner Jim Crane's attitude seems to be that "sure, we'd like Carlos back, but we ain't gonna break the bank to do it."  Am I'm glad that he feels that way.

I'd be really shocked if comes back.

I think most teams will not sign players quickly. But, they will have a window to do so between the end of the World Series and the expiration of the CBA.  At that point I expect management to lock out the players.  There won't be any signings during the lockout until a new CBA is reached. The idea behind the lockout is to put pressure on free agent players to pressure the Union to agree to a lesser deal.  As the players saw during the first set of pandemic negotiations, management prefers less baseball, as strange as that sounds.  Almost all of the shared revenue is generated during the playoffs rather than the regular season.  Individual teams make money during the regular season, but that's unbalanced revenue.  Teams like the Dodgers, Yankees, Red Sox, and Cubs will want to make a quicker deal b/c they will be losing out on their regular season windfalls. Others would prefer no baseball until the playoffs.  The Pirates make a ton of money in the playoffs just by existing despite never being in.

If Castellanos opts out he will be taking a risk, but if he doesn't, these three years will be his last big payday.  It's a tough call on his part. Even if he does opt out, will he get more than 3 years of big money? I think he may be better served to not opt out, but I don't know the market for corner outfielders.

Adames was the key acquisition, but Tellez has been very good for us. Absolutely no Brewers fan was surprised to win the game the way they did last night. So exciting!

I'm betting that Correa moves on. Can and will Houston commit to that level of spending when Pedro Leon isn't that far off? Reuniting with AJ Hinch in Detroit makes a whole lot of sense.

Logan Webb, Tyler Rogers and Camilo Doval snuff out the Dodgers in the first game of the NLDS.

Tyler Rogers might  have been on a few opening day rosters in NL-onlies.

Would you have guessed the Giants hit the most home run in the National League this season?

What a season!  I bet he was on a lot of roto-winners ... or roto-cashers, anyway.

Eugene, Castellanos has an opt out in his contract with the Reds. In your opinion which would increase his chances of staying there...a quick CBA agreement or one that drags out before getting settled?

With apologies for a football-related post ... this seems "must read" ... This condensed excerpt is from the chapters documenting the bumpy ride New England Patriots quarterback Tom Brady had to the top -- and the man who believed in him from day one but never got to coach him.

Didn't watch the game(s) ... but *this* ("Mr October") was my exact thoughts as I watched the highlights (without audio) this morning ... FUN! 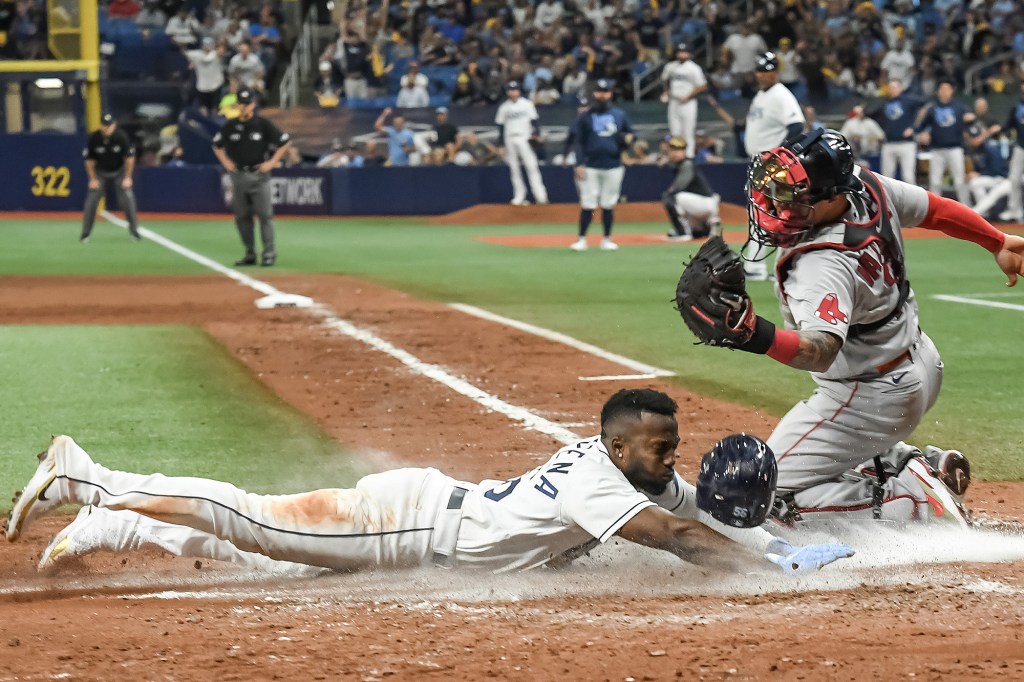 Boston likely won't be interested. They have one year left with Bogaerts before his player opt-out. Bogaerts will be in interesting position.  With Correa, Marcus Semien, Corey Seager, Javy Baez, and Trevor Story all free agents this year, Bogaerts will be the last player left after the music stops this offseason. Plus, Bogaerts will have the benefit of being a free agent after the new CBA is in place. Presumably, the Dodgers slide Trea Turner over to SS for next season taking themselves out of the SS market too.

It looks a little bleaker when you break this part down. From Sept. 15th on when he basically became a part time player......

Rockies brought him up to play down the stretch - but it felt like a bit early - like he could have used more time at AAA.  Maybe if Chris Owens could have gotten healthy he'd have stayed down, or maybe they just wanted to see whether he could make the jump before 2021 was over.

In any case, assuming Story is gone, the Rockies IF will have (along with Cron) a combo of McMahon, Rogers, Hampson, Fuentes.  Rio Ruiz looks like AAA fodder.  Welker and Fuentes are kind of redundant it would seem - I'm thinking that unless someone is added, it ends up being a ST battle between the two for a roster spot.

Click on the name of a player (or thread) to go directly to that page and see the comment in context with the other comments.