I'm curious about the dugout dynamic of position players pitching.  Does the manager ask for volunteers, or does he ask a specific player?  And if that player is a fringe MLBer, can he really say no?

Not sure about the last two. But first five seem reasonable and not all that expensive.

... Ramos and Advocates held conversations with Mets minor leaguers, who contributed to a list of seven proposed changes that Ramos included in the letter to Cohen:

Four other New York State senators — Rachel May, Diane Savino, Timothy M. Kennedy and John Mannion — were co-signers of the letter, which was copied to commissioner Rob Manfred as well.

Advocates for Minor Leaguers aims to improve the lot of players in all organizations. But Advocates saw a new entree to engage with an individual team based on an argument lawyers representing MLB made that teams are free to set their own pay for their minor leaguers, a person with knowledge of the meetings said.

It's time to give some love to Wilmer Flores, the younger brother of yes, Wilmer Flores. After a so-so 2021, the Tigers starter looks to be stepping it up and as a 21-year-old has now made it to Double-A. He's currently a bit under-the-radar, but not for long. Walk and K rates are great and I'd highly recommend finding room in deeper Leagues and get him rostered now, before the serious hype comes to the fore. I believe it will.

A lovely overall game in Coors.

View All of Yesterday's Pitchers at Baseball-Reference.com

View All of Yesterday's Batters at Baseball-Reference.com

Hey, he's a first baseman, of course his arm is sore.

06.16: Frank Schwindel is not in the Cubs' starting lineup for Thursday's

Jumps the Clemens duo up to the top of the strikeout leader board for father-son pitching combos ...

Listening to Braves games, they're absolutely loving his glovework.  The inflated BABIP has given him a chance to get a toehold, and I think it will take a pretty severe slump for him to not be given regular time to patrol CF.

With teams carrying an abundance of RP on their active roster, do we really need the constant stream of Frank Schwindel types lobbing them over in the ninth-inning? I'm tiring of the novelty.

It's not right that Leury has no comments since February. Not when he refuses to pad his stats, which so sorely need padding, batting in the seventh inning yesterday against Harold Castro.

The ESPN play by play:

Another Clemens goes into the Baseball Encyclopedia with a pitching line.

With help from the likes of Frank Schwindel pitching the ninth yesterday in Wrigley, the MLB batting average crept all the way to .241.

06.15: Juan Soto (knee) remains out of the Nationals starting lineup on

One game is a small sample size, but I'll place a side bet on Nasty Nestor, Tim. 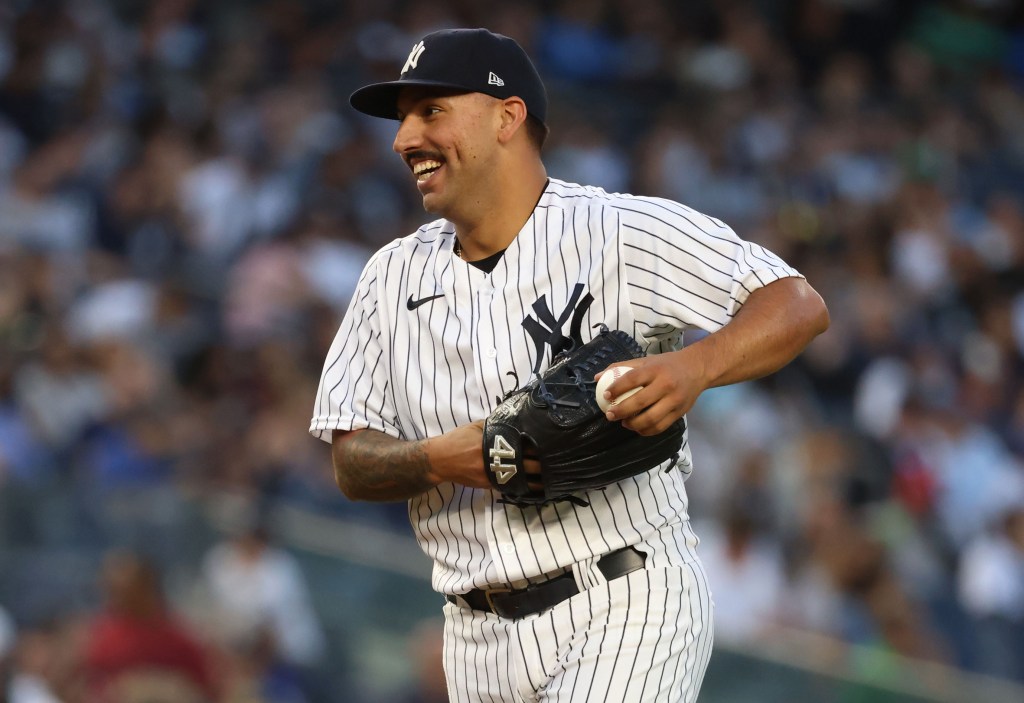 A smiling Nestor Cortes picked up his sixth victory of the season in the Yankees’ 4-3 win over the Rays.
N.Y. Post: Charles Wenzelberg

Ticket prices are No. 1 for what keeps me out of Yankee Stadium. Acoustics are No. 2.

This was not the year to boycott the Yankees, but boycott them I did. Could have said 2, when someone else said 1 for Holmes. Didn't. Could have bid more than a few pennies for Matt Carpenter. Didn't.

The Post, if you can stand it, is doing a nice job of chronicling their historic season.

t really doesn’t matter where the Yankees play baseball games these days, because they are more likely than not going to win the game. It doesn’t matter who they play, since this much-anticipated 13-game swing against fellow contenders is off to a breezy 2-0 start after they dismissed the Rays, 4-3, Wednesday night.

Once upon a time, the slogan on the T-shirts declared: “We play today, we win today.” The way this season has gone so far, that isn’t just a goal, it’s a daily fact of life. They are 46-16. They are 30 games over .500 half a month before the Fourth of July. We can talk about the pace they’re on (it’s 120-42) and the near-perfection with which they play each game.

It all matters. It all applies.

But it’s worth noting something else that has developed over the past couple of weeks. The win Wednesday was the 13th in a row at Yankee Stadium. It is the longest home winning streak the Yankees have put together since June-July 1973. That’s one stadium and one renovation ago, and that’s notable.

Think about all the terrific teams that populated the second iteration of Yankee Stadium, from 1976-2008. Six of them won World Series. Seven of them won more than 100 games. Eighteen of them went to the playoffs. None of them won as many as 13 games in a row there, and that second version of the original Stadium is often credited with providing one of the great home-field advantages of all time, in any sport.

It is an encouraging harbinger. Since the newest version of Yankee Stadium opened in 2009, they are 22-13 there in the postseason. But much of that damage was done in two Octobers: 2009 (7-1) and 2017 (6-0). The Yankees have lost three elimination games there. It has been, as often as not, as advantageous as a neutral site. 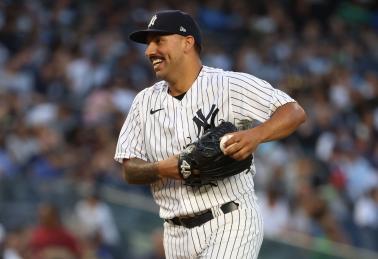 There has been the sense that for whatever reason — acoustics, ticket prices, lack of energy — the House the Boss Built has been a pale comparison to the House that Ruth Built across the street. Early returns this year indicate it’s a whole new experience now...

Click on the name of a player (or thread) to go directly to that page and see the comment in context with the other comments.